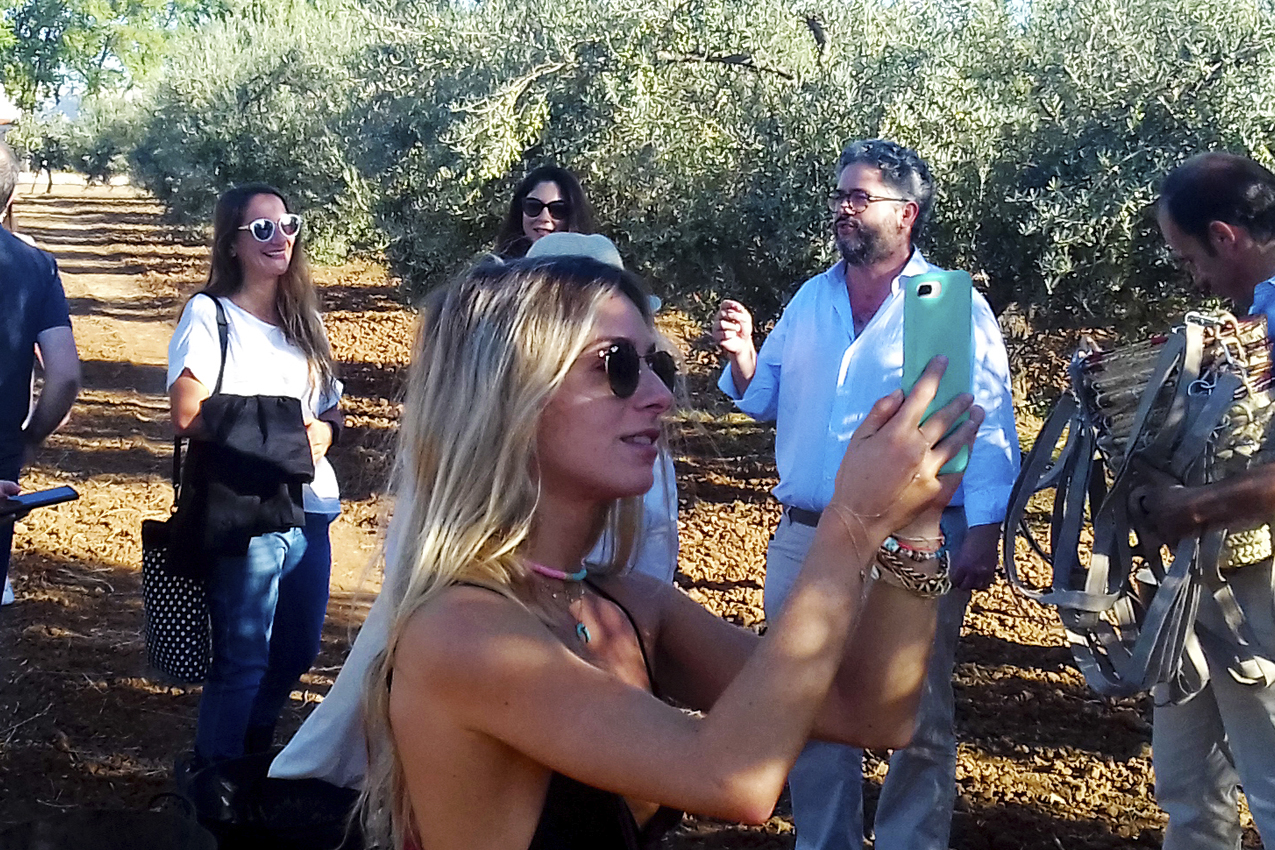 On 29 September, Agolives hosted one of the promotional activities carried out by the Interprofessional Table Olive Organization (Interaceituna). The event aimed to inform several French bloggers and influencers about the process of harvesting table olives. During the visit, the olive grove of the Finca María Zata was unveiled, and later there was a cooking show and a tasting menu based on olives, in Hacienda de Barros. The action is part of the Sectoral Promotion Plan for table olives, which is being carried out by Interaceituna in France, one of the main markets for Spanish table olive exports.